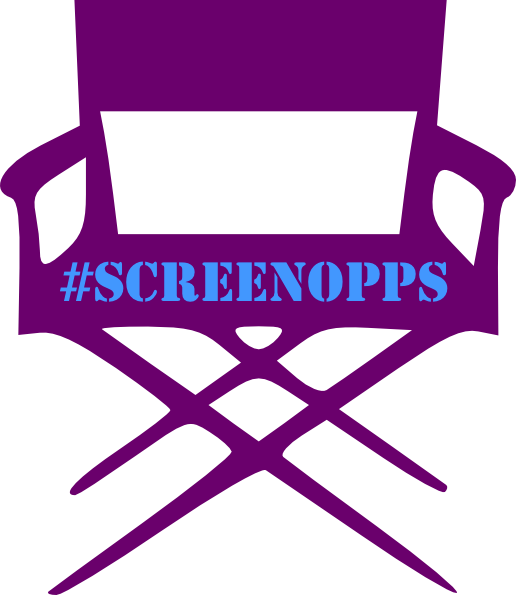 All brought to you by the Women in the Arts & Media Coalition, WomenArts, and the League of Professional Theatre Women.

We're building up new opportunities, and we're organizing them differently as well:

We may only have a few opportunities each month for actors, composers, designers, and women whose work fits in some of the newer categories, but it is important to us to broaden our base, and to build the available opportunities up however we can over time.

We will also have a Special Opp every month for both Stage and Screen. This Special Opp will either be just for newsletter recipients, or recipients will be given special attention. There will be a code for the subject line of your email to denote that your submission is through the Special Opp. To receive this month's submission code, click here.

We are looking for theatres, production companies, casting offices, and more to offer these Special Opps. For more info on submitting a Special Opp to the newsletter, click here.

November’s Featured Opportunity
WAM! Boston Film Festival
Did you miss us!? The WAM! Boston Film Festival is back! The festival will be held on March 21st, 2015 at the historic Brattle Theater in Cambridge, MA — and we want to see you and your film there! WAM!Boston is seeking submissions in all genres for a film festival centered on films by and about women. All subjects are welcome — drama, comedy, documentary, experimental, short and feature length alike. The sky’s the limit!
We only ask that your submission meet the following criteria:
1. The film must be directed and/or produced by a female-identified filmmaker.2. The story/topic of the film should feature women, or be about an issue of concern to women.3. The film was released in 2012 or later (in order to highlight current films), with preference given to films that are released in 2014 or going to be released in 2015.
For guidelines and to apply, visit http://womenactionmedia.org/chapters/boston/2015-boston-film-festival/.
Deadline November 7, 2014


**Women In Cinema International Screenplay Competition** (March 2015, CA) - seeks standout screenplays by women. The competition awards the writer who pushes the boundaries of cinema with her original, nuanced characters and dynamic storytelling and dialogue. There are no limitations on content or genre. The main character does not have to be female, but the screenwriter does. Please visit our website: wicint.com for more details and email admin@wicint.com for questions. Cash prizes and a pitch to an executive for winning entry. Fee: $25. Deadline: November 30th, 2014 (early)

Qu: A Literary Journal (April 2014) - Seeking to publish short, 10 minute plays and screenplay excerpts.  Seeking unproduced and unpublished work that are no more than 10 pages of provocative, original theatre and film scripts reflective of contemporary culture.  Multiple submissions are acceptable, but please inform the literary journal if your work is accepted somewhere else.  Writers will be compensated $10 per play/screenplay/prose piece, and $5 per poem.  All application must be sent in electronically: https://quliteraryjournal.submittable.com/submit. Deadline: December 1, 2014

The DIY Film Festival  (Year-round screenings, Los Angeles, CA, and touring) – Seeks to honor independent filmmakers and self-produced films that demonstrate that great art can be created without large expenditures. Seeking entries in the following categories: Dramatic Feature, Documentary Feature, Comedic Feature, Animation, Dramatic Short, Documentary Short, Comedic Short, and Student (any genre or length as long as it was produced under the auspices of an educational institution).  Feature lengths being minimum of 30 minutes, and short lengths being a maximum of 30 minutes.  FEE: $15-$50. The DIY Film Festival, 7095 Hollywood Blvd., Ste. 864, Hollywood, CA 90028-0893, T: (323) 665-8080, FAX: (323) 372-3883,martinifilm@yahoo.com, http://diyfilmfest.com.

Cinemonde (New York, NY) – Private film series with screenings of American and international films throughout the year (approximately 6 to 9 events over every 12-month period) followed by a discussion with the films’ creative teams, along with a gourmet reception for guests and filmmakers. Seeking compelling, thought-provoking works from around the world with universal themes, that are able to entertain, enlighten, transport, and inspire audiences in the following categories: International Feature, American Independent Feature, Documentary, and Short (maximum 20 minutes). FEE: $20-$40. Cinemonde, 49 West 27th St., Ste. 801, New York, NY 10001, T: (212) 343-1910, FAX: (212) 965-1338,cinemonde@mistralartistmanagement.com, http://www.mistralartistmanagement.com.

Onscreen
HBO’s Veep (November 3-7, MD) - Casting background actors for season four of the HBO series "Veep," starring Julia Louise-Dreyfus. Project description: "Former Senator Selina Meyer finds that being Vice President of the United States is nothing like she hoped and everything that everyone ever warned her about." Include your age and age range, a current cell phone photo, and dates available. Must be available all day for the day(s) for which you submit. Pat Moran, casting director. Submit via Backstage: http://www.backstage.com/casting/veep-50642/. Submit by November 3, 2014.

ResidenciesARTErra Residencias (Tondela, Portugal) – Residency that encourages cross-disciplinary artistic creation in a small rural village in Portugal. Artists may stay from 3 days to 6 months; average stay is 6-8 weeks. Artist responsible for travel, residency fee (budgeted on a case by case basis according to the artist’s needs), and meals (residency provides some fruit, vegetables, eggs and jam from the property; artists have access to fully equipped kitchen); residency provides room, work space, and some materials and tools according to the artists’ needs. NO FEE. ARTErra Residencias, R. Nossa Senhora do Crasto, nº380 Lobão da Bei, Tondela, Portugal 3460-207, arterra.geral@gmail.com, www.arterra.weebly.com. Deadline: Ongoing

San Francisco Film Society FilmHouse Residencies at Pier 27 (San Francisco, CA) – 6-month residencies designed to bring together under one roof an eclectic mix of San Francisco filmmakers in various stages of production for mutual encouragement and support. Applicants must be SFFS members at the Filmmaker Pro level or above; be at least 18 years old; be actively engaged in a film, video, television or other moving-image project in any genre and in any stage of production—from screenwriting to strategizing the project’s exhibition, distribution and outreach plan. The filmmaker or project must have a significant connection to San Francisco; either the filmmaker is a San Francisco resident, or the project is shooting in San Francisco or involves San Francisco in a meaningful way at one or more stages of production. Projects must be noncommercial and represent an imaginative contribution to the moving image art form. Priority will be given to projects that demonstrate viable financial support and promise a high likelihood of being brought to completion. Priority will also be given to San Francisco residents. Only one SFFS FilmHouse residency per project; not open to full-time students. FEE: $45. FilmHouse Residencies, San Francisco Film Society, 39 Mesa St., Ste. 110, The Presidio, San Francisco, CA 94129, Contact: Amanda Todd, Filmhouse Manager, T: 415-561-5029, atodd@sffs.org,
http://www.sffs.org/filmmaker360/filmhouse/how-to-apply#.VFEaaIt4rvc.

Creative Arts Residencies at the Rockefeller Foundation Bellagio Center (August-November, 2015, Bellagio, Italy) – 4-week residencies between August and November, 2012. Open to composers, novelists, playwrights, poets, video/filmmakers and visual artists from around the globe, with the goal of bringing together people of diverse expertise and cultures in a thought-provoking creative environment. Spouses/life partners may accompany the resident, or may apply for a concurrent residency. The Center also offers collaborative residencies for two to four persons working on the same project. Residents will engage with each other over meals and informal presentations, and interact with the participants of international conferences hosted at the Center. Applicants must demonstrate a history of significant achievement in their discipline. Individuals from developing countries and young artists with significant accomplishments — exhibitions, publications, performances — are particularly encouraged to apply. Residency provides housing and studio/work space. Residents are responsible for travel, food, and materials. NOTE: Application must be completed online in English. Applicants from developing countries who have trouble accessing online forms may contact the office by phone or e-mail to discuss alternative ways to submit application. Hard copies of work samples should be sent to the program administrators in New York. NO FEE. Residency address: Bellagio Center, Villa Serbelloni, Bellagio (Lago di Como) 22021, Italy; Administrative address: Program Administrators, Institute of International Education (IIE), Bellagio Competition, 809 United Nations Plaza, 7th Floor, New York, NY 10017, T: (212) 984-5537, bellagio_res@iie.org, http://www.rockefellerfoundation.org/bellagio-center/residency-program/arts-literary-arts-residency/overview. Deadline: December 1, 2014 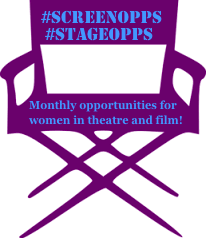