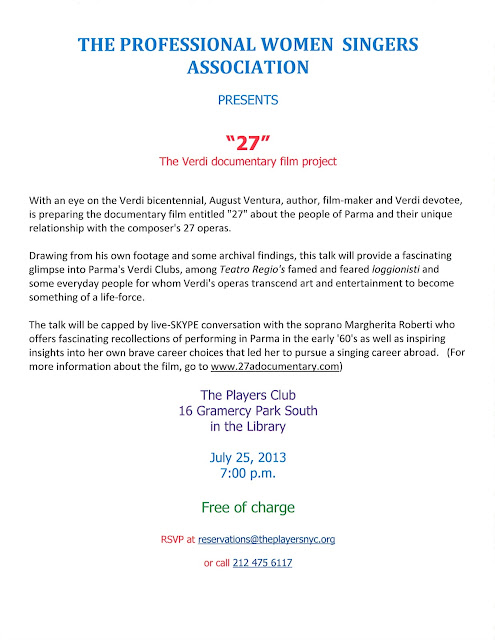 Email ThisBlogThis!Share to TwitterShare to FacebookShare to Pinterest
Labels: Past Events, PWSA

Please Note: This month’s Film Funding Newsletter was prepared by Shellen Lubin and Zija Lubin-West of the Women in Arts & Media/WAM Coalition. For more information about the WAM Coalition, please visit www.wamcoalition.org.

Other Resources
USA Projects – Crowdfunding platform open to artists who have received a grant or award from a distinguished arts organization (see website for a list of qualifying organizations and artist eligibility requirements and application). Projects are based on an “all or nothing” model in which artist sets a minimum fundraising goal and a deadline by which to raise the funds. If artist meets or exceeds goal, she/he receives all the donations; if not, donors are not charged and artist does not receive funds. USA Projects has a 75% success rate (compared to 45% on similar platforms), and raises matching funds so that each project receives a direct contribution of an average of 16% from USA Projects. Artist receives 81% of every dollar pledged, with 3% going toward credit card and bank processing fees, and the rest going toward USA Projects for administration and reinvestment in projects. All donations made through USA Projects are tax-deductible. USA Projects provides each artist with a personal coach for support and guidance through the fundraising process. See website to set up an artist profile page and find out if you are eligible. Contact: Kris Kuramitsu, T: (323) 857-5857, krisk@unitedstatesartists.org,www.unitedstatesartists.org.
No comments: