10 Women Directors to Watch in 2014 from Shannon M. Houston at Paste Magazine

In writing a piece like this, a phrase from Virginia Woolf’s To The Lighthouse comes to mind: “Women can’t paint, women can’t write.” Charles Tansley’s words echoed throughout the novel (and in Lily Briscoe’s thoughts) the way another phrase has been echoing throughout the film world over the last few years: “Women don’t direct.” It’s difficult to dignify that statement with a response, to actually construct an argument about how women, everywhere, are clearly making films (whether those films are getting deserved recognition or not). Luckily, a few brave souls like Lexi Alexander have recently taken up the task, and others are even highlighting another point—that not all creatives in the film world want to direct And while this is important to consider, today we look at the professionally creative women who dowant to direct. These ten filmmakers have either successfully completed a recent project deserving of some buzz, or they have one forthcoming—in many cases, they have both. One thing they all have in common is that they have managed to ignore the whisperings of the Mr. Tansleys of the world long enough to make a movie. And for that, we thank them. Here are ten of the many women directors (some others of whom made our list of ten black directors we’re excited about ) to look out for in 2014.
1. Lucy Mulloy 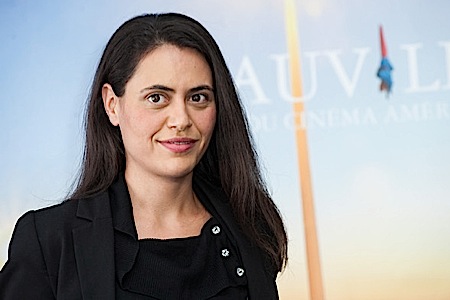 Last year, Mulloy told Paste about how she used to sneak into Spike Lee’s NYU classes—she eventually went on to become his protégée. His grant helped her create last year’s award-winning film, Una Noche. Set in Cuba, Mulloy cast two untrained actors in the lead roles and primarily worked from an outline rather than a script. She also refused to shoot at the typical Cuban landmarks and locations, using the homes of actual residents and creating an inspired rawness that captivated audiences. When the film first premiered at the Tribeca Film Festival in 2012, Mulloy won the award for Best Director and the film also won Best Cinematography and Best Actor. (Javier Nunez Florian and Dariel Arrechada shared the award.) She’s currently at work on a new project centered on a male protagonist who leaves Rio to come to New York.
Follow Mulloy on Twitter.
2. Ava DuVernay

The first black woman to win Best Director at Sundance (for her second feature,Middle Of Nowhere), DuVernay has a big year ahead of her, taking on the much buzzed about film Selma, which will focus on Martin Luther King Jr.’s 1965 landmark voting rights campaign. Oprah Winfrey is producing, and David Oyelowo will be taking on the lead. When she’s not behind the camera, DuVernay is running the African-American Film Festival Releasing Movement, an organization she started back in 2011, in an attempt to give more visibility to black cinema.
Follow DuVernay on Twitter.
3. Eliza Hittman 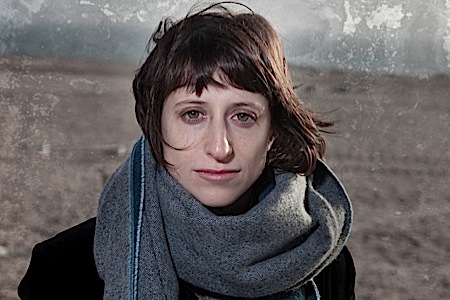 After coming out with a few short films, Hittman made her feature directorial debut this year with It Felt Like Love. A fascinating, visually enticing piece (reminiscent of the 2005 movie Havoc and Catherine Breillat’s Fat Girl), Hittman’s unflinching exploration into the truly secret life of the American teen has us excited for future work from the professor and filmmaker. She describes her next project as “the anti-Juno.”
Follow Hittman on Twitter.
4. Gia Coppola 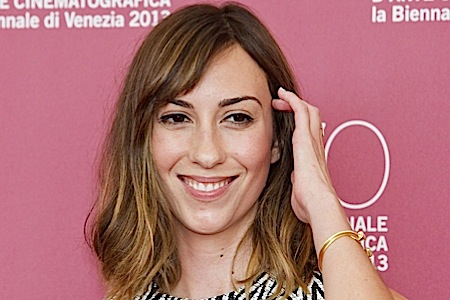 This year she’ll be releasing her directorial debut, Palo Alto, and audiences are excited to see how Coppola will rise to the task of differentiating herself from other filmmakers, particularly those in her family. Like Hittman, she is another director attempting to capture American youth in a more open and forthcoming way. Palo Alto stars James Franco (whose short stories inspired the film) and Emma Roberts.
Follow Coppola on Twitter.
5. Susanne Bier 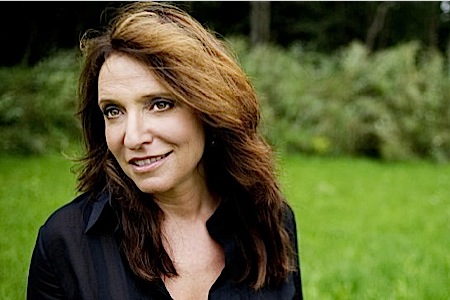 Her 2011 film In A Better World won the Oscar for Best Foreign Language film, and she also directed the American-language movie Things We Lost in the Fire, but Bier still isn’t a household name here in the states. This could all change with the release of this year’s Serena, which re-teams America’s sweetheart Jennifer Lawrence with Bradley Cooper. Lawrence will play the title role and wife to a wealthy businessman in Depression-era North Carolina.
Keep up with Bier on the Denmark Film site.
6. Jillian Schlesinger 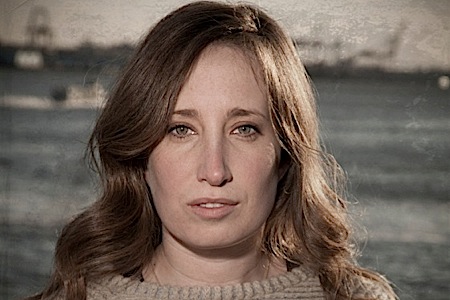 Earlier this year, Schlesinger brought the amazing true story of Laura Dekker (the youngest person to sail around the world on a solo mission) to the screen withMaidentrip. The daughter of a sailor and a storyteller, Schlesinger has the spirit of an adventurer running through her veins. The documentary filmmaker actually started out working behind the scenes, and the film world is lucky that she decided to step out and helm her own projects. Schlesinger tells Paste that she plans on working more with young women in both documentary and narrative film. Her next project will tell the story of women pursuing undergraduate and graduate studies in artificial intelligence research.
Follow Schlesinger on Twitter.
7. Gina Prince-Bythewood 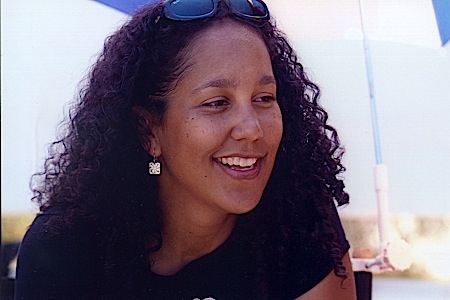 A director of favorites like Love & Basketball and The Secret Life of the Bees, Prince-Bythewood is a familiar face on the Hollywood scene, although it has been six years since her last feature film. This year she returns with Blackbird, and she’s got a fine cast for this story of a young musician on the come-up. Minnie Driver, the critically under-appreciated Nate Parker, and Gugu Mbatha-Raw (the star of Belle, the upcoming period piece from another director we’re excited about, Amma Asante). Always one to bring a powerful tale to the big screen, one hopes that there won’t be another long wait between this and Prince-Bythewood’s next project.
8. Jehane Noujaim 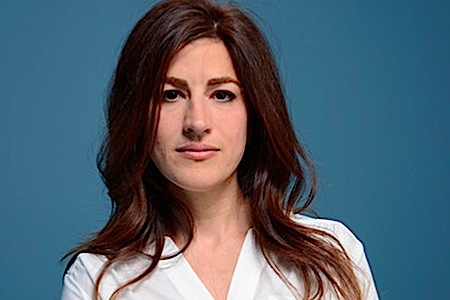 Back in 2006, Noujaim won the TED prize for her second documentary featureControl Room and used her prize wish to unite the entire film world on May 10, 2008 AKA Pangea Day. Since then, she has continued to unite the world under her lens. In an interview with Paste, Noujaim, whose documentary The Square was nominated for an Oscar this year (now on Netflix), told us that when you’re a part of a political movement, you can never really be satisfied. The good thing about that dissatisfaction is that we can rest assured that it will soon lead to another project from the supremely talented filmmaker.
Follow Noujaim on Twitter.
9. Amy Seimetz 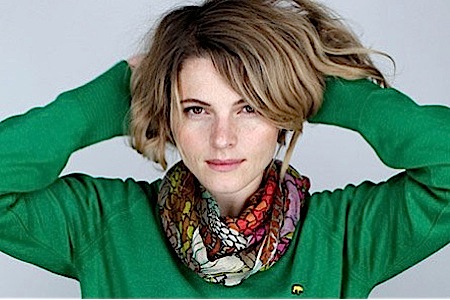 In January we named her the breakout actor/filmmaker of the year for her astounding body of work. (She’s appeared in 40 productions over the last five years). Paste film editor Michael Dunaway dubbed her “the Magic Johnson of the film world” for her unique ability to play so many different positions (writer, director, actor, producer) so well. Her feature film debut, Sun Don’t Shine, was one of our favorites, and she followed it up with the short When We Lived in Miami. Although we don’t know when Seimetz will find herself behind the camera again, we know she’s definitely one to watch.
Follow Seimetz on Twitter.
10. Miriam Kruishoop 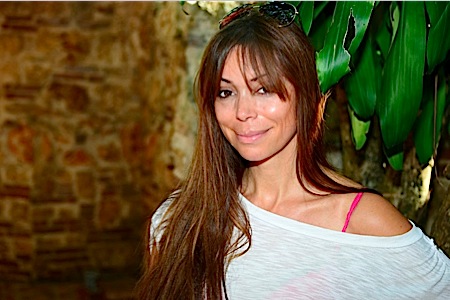 Although the name may be new to many of us, Kruishoop has been making waves in the Europe film world for some time now. She was given a grant from the Dutch Film Foundation to finish a film titled Vive Elle while she was still in school—a grant almost never awarded to students. She’s also the youngest woman to have directed a feature film in the Netherlands. Last year, she won the award for Best Director at the Los Angeles Latino Film Festival for Greencard Warriors. Starring newcomer Angel Amaral and Vivica A. Fox, the film tells the story of an undocumented Latino family in Los Angeles and their fight against the powers of gang violence and—perhaps—the even greater threat of the U.S. government. Greencard Warriors will be released in April.
Keep up with Kruishoop on her website.
Shannon M. Houston is a New York-based freelance writer, regular contributor to Paste, and occasional contributor to the human race via little squishy babies. You can follow her on Twitter.
at April 18, 2014

Email ThisBlogThis!Share to TwitterShare to FacebookShare to Pinterest
Labels: Blog